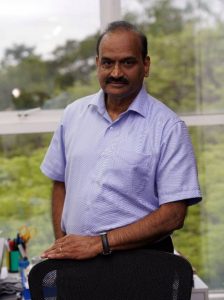 Prof. R. Ramesh is the Director of the National Centre for Sustainable Coastal Management, Ministry of Environment, Forest and Climate Change, Government of India. His expertise includes coastal ecosystem biogeochemistry and coastal zone management.  Ramesh has been involved in several national and international expert committees on coastal management.

Most significant research achievements are summarized under 6 broad thematic areas: