Wednesday morning, the 14th of September, saw the beginning of the most recent response to climate change in Ireland. Staff from local authority adaptation planning teams from across the southern region of Ireland were welcomed to the MaREI Centre in Ringaskiddy to embark on Climate Ireland’s two-day training workshop on Local Authority Adaptation Planning.  Officials from the newly formed Department of Communication, Climate Action, & Environment, the Environmental Protection Agency, Ireland and staff from MaREI and the Future Earth Coasts IPO were joined by the manager of the London Climate Change Partnership, Kristen Guida, to help guide local authorities through the ins and outs and common pitfalls of adaptation planning. 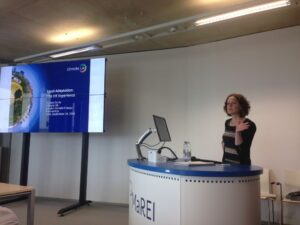 Adaptation describes a response to a perceived risk or opportunity. To be effective, these responses and resulting actions must be anticipatory, varied, innovative, and often transformative.  In the context of climate change, governments, local and city authorities, and communities around the world are considering and implementing a range of adaptation policies and initiatives to help societies and economies to cope with current and future changes. Ireland is no different.

However, ‘Doing Adaptation’ is not an easy task. Firstly, even understanding current conditions and impacts of climate change presents its own challenges without having to consider what risks might be coming in the future. Following a state of the climate presentation by our own IPCC Fourth Assessment lead author, Prof. Robert Devoy, workshop attendees were guided though the current policy landscape, provided an overview of available resources before having the opportunity to hear about adaptation in practice in London. This was followed over the two days by a series of working groups and activities to help define adaptation priorities, pathways, and opportunities both locally and regionally in Southern Ireland. 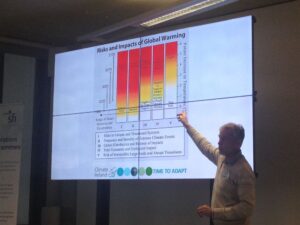 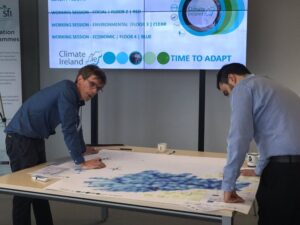 Communication and coordination as well as having the opportunity to learn from each other and share information were highlighted as just a few of the key messages from participants during our #timetoadapt discussions. Big congratulations to all involved, especially our fearless principle investigator Dr Barry O’Dwyer, and a massive thank you to all the participants whose insight and determination has filled us with hope as we strive to identify real solutions in the face of changing conditions. 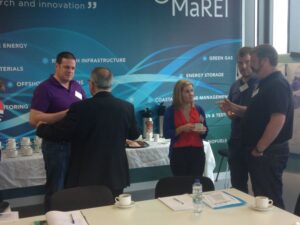 But this was not a one off training. Two more events in Dublin and Roscommon are scheduled for next month to look at the eastern, western and northern regions of Ireland as the country begins to take proactive steps to cope with climate impacts. #TIMETOADAPT