We are delighted to introduce our Co-chairs (elect) Purvaja Ramachandran and Tim Smith and Vice-chair (elect) Mike Elliott to the FEC Community! They will be leading FEC for the next three years (2021-2023).

The impact, direction and activity of entities such as Future Earth Coasts depends to no small degree on the chairs leading them, who devote their knowledge, skills and time to provide strategic leadership. We are thus thrilled to have found three outstanding scientists, who will be familiar to many in the FEC community, that will work with us in the coming years, and want to share that excitement with you.

As the terms of our current Co-chairs Valerie Cummins and Bruce Glavovic and Vice chair Don Forbes come to an end in December this year, we are very happy to announce the appointment of new co-chairs-elect and a vice chair-elect. They will take on their respective roles next year, and have already joined the Executive Committee to facilitate a smooth transition.

Purvaja, Tim and Mike were appointed after an extensive international search. They provide FEC with immense expertise across the natural and social sciences, international standing, and extensive practical experience in and knowledge about coastal realities in both the Global North and South. They support our values and mission, and they are full of energy and ideas to advance coastal sustainability, and deepen and extend our network.

Get to know our incoming Chairs in the following short interview:

Who are you and what do you bring to FEC? 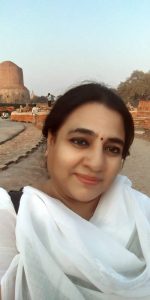 Purvaja Ramachandran: I am Scientist-G and Division Chair of Futuristic Research at the National Centre for Sustainable Coastal Management (NCSCM), Ministry of Environment, Forest and Climate Change, India. With 30 years of research experience (in India and internationally) on greenhouse gas emissions and underlying processes from mangrove swamps and coral reefs, I now head the Futuristic Research Division at NCSCM, with a focus on blue carbon ecosystems, Integrated Coastal Zone Management and Island ecology and management. Important tools, indicators and matrices pertaining to ICZM and conservation strategies have been developed for use in decision support. I have also developed several guidelines in ICZM, carrying capacity and coastal planning. To Future Earth Coasts, I hope to contribute my experience in ICZM and Marine Spatial Panning, advancing the scientific and management tools, networking with allied international bodies and contributing to the State of Coasts from lesser known coastal areas. 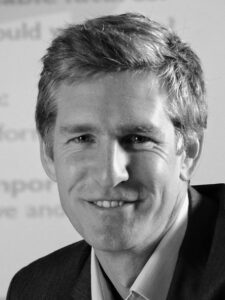 Tim Smith: I am the Professor of Sustainability at the University of the Sunshine Coast and hold an Australian Research Council Future Fellowship focused on coastal vulnerability and adaptation. I am also an Adjunct Professor at Brock University (Canada), an Adjunct Professor at Southern Cross University (Australia), and a Senior Research Associate at Uppsala University (Sweden). Prior to accepting the Fellowship, I was the Executive Dean of the Faculty of Arts, Business and Law, and before that was the Director of the Sustainability Research Centre. I have also worked at the CSIRO, government, and several other universities on coastal issues, and undertaken research projects in more than 10 countries over the past 25 years. I am on the Steering Committee of Future Earth Australia and co-Editor-in-Chief for the preeminent journal Ocean and Coastal Management. I bring experience of coastal research and management from several contexts, and experience in strategic planning and management of organisations and networks.

Mike Elliott: I am the Professor of Estuarine and Coastal Sciences at the University of Hull, UK and I was Director of the former Institute of Estuarine & Coastal Studies (IECS) from 1996-2017; I am also the Director of International Estuarine & Coastal Specialists (IECS) Ltd. I am a marine biologist with a wide experience and interests and my teaching, research, advisory and consultancy includes estuarine and marine ecology, policy, governance and management. I have published widely, co-authoring/co-editing 18 books/proceedings and around 300 scientific publications. This includes co-authoring ‘The Estuarine Ecosystem: ecology, threats and management’ (with DS McLusky, OUP, 2004), ‘Ecology of Marine Sediments: science to management’ (with JS Gray, OUP, 2009), and ‘Estuarine Ecohydrology: an introduction’ (with E Wolanski, Elsevier, 2015). I was one of the Editors of the ‘Coasts and Estuaries: the Future’ (Wolanski, Day, Elliott and Ramachandran; Elsevier, 2019) and the Treatise on Estuarine & Coastal Science (Eds.-In-Chief – E Wolanski & DS McLusky, Elsevier). I have advised on many environmental matters for academia, industry, government and statutory bodies worldwide. I am a past-President of the international Estuarine & Coastal Sciences Association (ECSA) and a Co-Editor-in-Chief of the international journal Estuarine, Coastal & Shelf Science. I have had Adjunct Professor and Research positions various universities, was awarded Laureate of the Honorary Winberg Medal 2014 of the Russian Hydrobiological Academic Society, and also I am a member of many national and international committees linking marine science to policy. Given all of these activities, I am able to spread the word about FEC and act as a conduit from these activities to FEC and vice versa. In this way, I can give FEC a greater visibility in many spheres as it deserves. I would especially look out for opportunities to enhance the reputation and reach of FEC – for example, the ECSA58-EMECS13 symposium that we are organising in September 2021.

What do you envision for FEC?

Tim: My vision for FEC is a thriving global community of coastal scholars, practitioners and decision makers, working to collectively create a resilient future for our coastal social-ecological systems. I would like to establish FEC as the leading voice for coastal matters globally.

Purvaja: My desire is to further contribute to the thematic pillars of FEC to achieve pathways to coastal sustainability.  It will be my endeavor to integrate and deepen our current understanding of physical, ecological and social dynamics of the coast, by developing indicators, frameworks and guidelines, and uphold FEC’s legacy as the scientific voice of coastal management globally.  It will also be important for me to encourage young researchers around the world to bring in local knowledge and for them to learn from the great diversity of scholars within the FEC.

Mike: I aim and envisage that FEC should become the dominant forum and association dealing with coastal affairs and bringing together the coastal community. It then needs to capitalise on those links and expertise by being a source of published and on-line material that informs and educates. It needs to work with similar associations and like-minded colleagues, for example those in IMBER, ECSA and CERF. FEC should also encourage young and early career researchers and allow them to benefit with interaction from more experienced scientists and practitioners.
I fully understand all of the current and future challenges facing the coasts and wetlands worldwide such as what we have recently called the ‘triple whammy’ facing coasts – of increased industrialisation and urbanisation, of increased use of resources such as space, energy and water, and the reduced resistance and resilience to climate change effects. FEC has a major role in increasing the awareness of these aspects globally.

What are the main areas/activities that you would like to focus on during your tenure?

Mike: Having been at several FEC meetings and workshops and long been familiar with the work and activities of FEC, I realise that those involved with it need to have a wide perspective and be familiar with many fields, both in the natural and social sciences. I want to ensure that FEC can build on its history and also ensure that the FEC meetings and workshops do truly bring together the various disciplines as equal partners and also get more social scientists familiar with natural science and vice versa.
It is particularly pleasing that FEC has a wide international reach and network. This is important to show both the similarities and differences of coastal features and challenges worldwide. We need to increase our activities in this area, and especially to ensure that the Global South can learn from the developed countries while acknowledging the cultural differences in studying, assessing and managing coasts worldwide. As such, I aim that there should be workshops and sessions at the FEC meetings on these aspects in order to increase knowledge exchange. I also want to help FEC cope with the increasingly-difficult research funding environment, made even worse because of the COVID19 pandemic.
Finally, there are many recent and upcoming initiatives in marine and coastal science and management, such as the UN Decades of Oceans and of Ecological Restoration, of the 2nd World Oceans Assessment, and of the implementation of the UN Sustainable Development goals and others. We need to work together to ensure that FEC has a role and impact in these initiatives for the benefits of the global coasts.

Purvaja: Future Earth Coasts is a highly renowned scientific body addressing complex coastal challenges, with its eminent legacy of Chairs, Current Co-chairs, Executive Directors, Members and the Regional Engagement Partners. The three inter related thematic areas of Dynamic coasts, Human development and coasts and Pathways to coastal sustainability are engrained as FEC’s flagship themes. Building on these, I would like to specifically focus on developing knowledge benchmarks, enhancing scientific outreach, and strengthening the science-policy links through partnerships, collaborations, capacity building and networking.  It is also crucial for FEC to spear through its global scientific knowledge for use at the local level, enabling implementation of good practices for improved coastal resilience and sustainability.

Tim: I would like to build on the outstanding legacy of FEC (and formerly LOICZ) over more than two decades that has been possible through the dedication of many brilliant people (several of who I know well and have great respect for, including our outgoing co-Chairs Bruce and Val, and former FEC Director Martin Le Tissier). FEC has entered an exciting phase through a distributed International Project Office model, which has the potential to greatly influence research, policy and practice. My areas of focus will be on developing the FEC community and influence through expansion of the FEC membership (e.g. Fellows, Academy, and early career researchers and practitioners); identifying, brokering and contributing to knowledge partnerships and projects; and promoting FEC as widely as possible.

We look forward to working with Purvaja, Tim and Mike in the coming years! 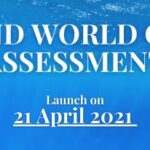 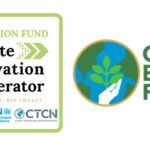