Size does matter: City scale and the asymmetries of climate change adaptation in three coastal towns

Size does matter: City scale and the asymmetries of climate change adaptation in three coastal towns

Globally, it is smaller urban settlements that are growing most rapidly, are most constrained in terms of adaptive capacity but increasingly looked to for delivering local urban resilience. Data from three smaller coastal cities and their wider regional governance systems in Florida, US; West Sussex, UK and São Paulo, Brazil are used to compare the influence of scale and sector on city adaptive capacity. These tensions are described through the lens of the Adaptive Capacity Index (ACI) approach. The ACI is built from structuration theory and presents an alternative to social-ecological systems framing of analysis on adaptation. Structuration articulates the interaction of agency and structure and the intervening role played by institutions on information flow, in shaping adaptive capacity and outcomes. The ACI approach reveals inequalities in adaptive capacity to be greater across scale than across government, private and civil society sector capacity in each study area. This has implications for adaptation research both by reinforcing the importance of scale and demonstrating the utility of structuration theory as a framework for understanding the social dynamics underpinning adaptive capacity; and policy relevance, in particular considering the redistribution of decision-making power across scale and/or compensatory mechanisms, especially for lower scale actors, who increasingly carry the costs for enacting resilience planning in cities. 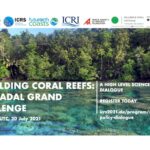 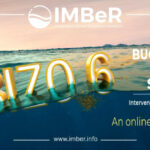 Call for abstracts for IMBeR IMBIZO6 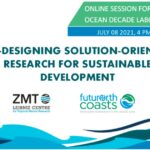 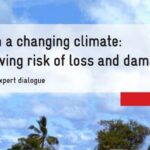 The ocean in a changing climate: Rapidly growing risk of loss and damage? 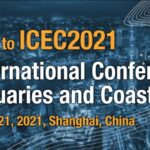 Call for Abstracts: International Conference on Estuaries and Coasts (ICEC-2021) 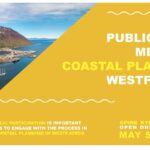 Coastal and marine planning in the Westfjords, Iceland
View all Articles