Over 60 experts from around Africa and elsewhere met in Accra, Ghana, from 3-6 July 2018, to explore ways to foster inclusivity, resilience and sustainability in Africa’s communities, towns and cities. The conference built on the ambitions of the African Union’s “Agenda 2063” strategy, and Sustainable Development Goal 11, on building sustainable cities and communities.

Delegates focused attention on the enormous challenges of African urbanization, including how to realize the potential of urbanization, the interconnections between rural and urban areas, and burning issues like sustainable urban housing, urban ecosystems and ecological management, urban economic and spatial management, livelihood security, urban health security, disaster preparedness and management, adapting to climate change and the role of the coast in Africa’s urbanization.

Bruce Glavovic, Co-Chair of Future Earth Coasts Scientific Steering Committee highlighted the pivotal role of Africa’s coastal cities and towns in realizing Sustainable Development Goal 11 and Agenda 2063. He outlined the pivotal role the coast plays in African culture and for current and future generations of Africans living in the coastal zone. His presentation can been seen here. 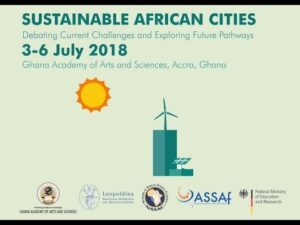 As the process of urbanization and economic development unfolds in coming decades, it will be African coastal cities and towns that open up or close down opportunities for inclusive, resilient and sustainable development. Bruce provocatively stated that the global sustainability struggle will be won or lost in African coastal towns and cities of the future; not the least reason being the sheer number of people anticipated to live here in future. The coastal city of Lagos, Nigeria, could be the most populous city on earth by 2100, home to over 88 million people. By this time, Lagos, and other low-lying African coastal towns and cities will bear the brunt of coastal hazard impacts made much worse by climate change, and rising sea levels. The imperative to reduce disaster risk and build resilience and sustainability into rapidly growing African coastal cities is therefore obvious.

The Future Earth Coasts “Our Coastal Futures” strategy offers a useful framework for enabling the transition towards more inclusive, resilient and sustainable futures in African coastal cities and regions. The strategy presents a four step process for co-designing pathways to coastal sustainability. Africa’s Regional Seas programmes provide an institutional forum for helping to make this transition, and could use the ‘logic’ of the “Our Coastal Futures” strategy to do so. All maritime regions of Africa are covered by Regional Seas Programmes, through the Abidjan Convention (West Africa), Nairobi Convention (East Africa), Barcelona Convention (Mediterranean / North Africa), and the Jeddah Convention (Red Sea and Gulf of Aden). African coastal cities in each of these regions are focal points of opportunity and action for building resilience and sustainability. Bruce explained how the “Our Coastal Futures” strategy could be mobilized by African Regional Seas Programmes to complement other regional and continental initiatives.

Action at such a regional and continental scale can and should be complemented by actions at national and local levels, including community-based coastal hazard risk reduction and climate change adaptation endeavours. Bruce outlined key elements of such local-level efforts that put African people at the center of their own development pathways, with the enabling support of African social and natural scientists, and community and political leaders. Guidance produced under the auspices of UNESCO’s Intergovernmental Oceanographic Commission is in the process of being finalized and will assist communities in this task.

Future Earth Coasts also provides a forum and network for coastal scholars from Africa to build bridges between science and local and traditional knowledges, and to craft new ‘science-society contracts’ that put African inclusivity, resilience and sustainability at the forefront of African development endeavours. 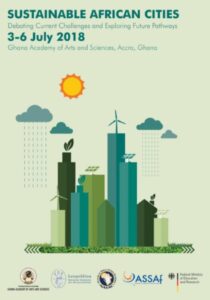