The Third Xiamen Symposium on Marine Environmental Sciences (XMAS-III) with the overarching theme The Changing Ocean Environment: From a Multidisciplinary Perspective was held from January the 9-11th, 2017. The symposium was made up of a variety of interconnected sessions covering physical oceanography, marine biogeochemistry, biological oceanography, and marine ecotoxicology along with workshops for emerging topics in marine environmental sciences. In addition to this broad range of sessions, keynote talks on marine productivity, biogeochemical processes and temperature, and ocean acidification were also given.

XMAS-III provided us at Future Earth Coasts with a number of great opportunities. Not only were we able to engage further with our East Asia Regional Engagement Partner, Yongming Luo and scientists and students from the Yantai Institute of Coastal Zone Research, Chinese Academy of Sciences (YIC-CAS), but we also managed to run two sessions during the symposium. The first session, Coastal assessments: from implementation to impact allowed us to invite a really interesting group of global experts to discuss different mechanisms and approaches to assessing coastal issues, management, and emerging impacts from a broad range of perspectives. Eminent scientists from the UK, China, Japan, Hong Kong, and Korea in addition to our own European Regional Engagement partner, Professor Alice Newton, were able to address many aspects of coastal assessments. 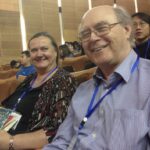 Our second session, a special workshop, had a slightly different spin and focused on using assessments’ results. We were treated to a comprehensive overview of knowledge transfer and results interpretation by Professor Mike Elliott, the director of the Institute of Estuarine & Coastal Studies, University of Hull, UK. This was followed up by an interactive discussion aimed around how to best maximise the potential surrounding the Continental Margins Working Group, a joint initiative between Future Earth Coasts and another Future Earth Core Project, IMBER.

Without doubt one of the highlights of the workshop was the opportunity to meet and interact with a group of young scientists from the Urbanization and Regional Environmental Change Group at Xiamen University led by Dr Yangfan Li.

With their input, we were able to come up with an overarching idea for an early career scientist/student workshop in the Asia Pacific region. Watch this space for more details about this exciting endeavour soon!